Learn the skills you need to succeed. 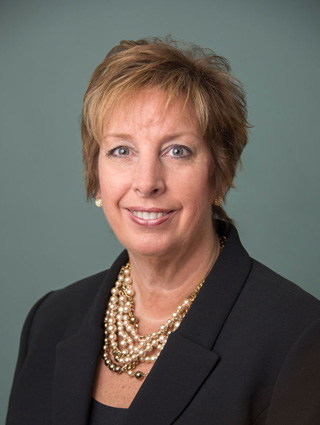 Nancy Varallo is a Registered Diplomate Reporter and Certified Realtime Reporter.  She began her court reporting career as a freelancer in 1979.  In 2001 she founded The Varallo Group, which offers a unique suite of services designed to help court reporters and firm owners achieve business success.  Nancy is also a founding member and Executive Director of Project Steno.

Varallo is a marquee name in court reporting, with a rich and proud history dating back to 1937.  Nancy, a court reporter, educator, and business owner, carries on the Varallo tradition of excellence with her company’s longstanding commitment to time-honored values of quality, service and accountability.  She believes in life-long learning and volunteerism.

Nancy is a founding member and Executive Director of Project Steno, a non-profit organization whose mission is to build awareness of the stenographic reporting profession and to provide tuition assistance and support for court reporting students.  In 2015, Nancy developed NCRA’s A to Z program, and she has followed that up with the initiation of Project Steno’s Cover Your Bases Program, authoring her Basic (Steno) Training manual in the summer of 2018.

Nancy is called “Fearless Leader” by her StenOps team which is currently at work at Guantanamo Bay, Cuba, reporting the hearings related to the USS COLE bombing and the 9/11 terrorism that changed the world.

As a freelance reporter in Boston, Massachusetts, Ed covers high-level realtime.  He is a founder and board member of Project Steno, a non-profit charitable organization whose mission is to build awareness of the stenographic profession and provide tuition assistance and support for court reporting students.

Ed, who comes from a family of court reporters, began reporting just after high school.  On his 19th birthday, Ed became the youngest person ever to pass the Certificate of Merit exam (now the RMR).  Ed has six times been NCRA’s National Speed Champion, winning three years consecutively, 1974-1976, ten years later in 1986, again in 1996, and again in 2006 – a unique Speed Contest record.

Ed got his first CAT system in 1978 and reported his first realtime assignment in 1983.  Ed is a certified realtime reporter and a Fellow of the Academy of Professional Reporters.  He is the recipient of two Distinguished Service Awards, in 1994 from the Massachusetts Court Reporters Association, and in 2007 from NCRA.

The Boston Globe considers Ed “the Michael Jordan of court reporting”.   For four decades, he has addressed reporters at national and state association seminars.  He’s the author of “The Realtime Writer’s Manual” first published in 1992, and “Ed’s Steno Pro” published in 2013.

Ed is a frequent contributor to the Journal of Court Reporting.  Throughout his career, Ed has had the opportunity to work on many high-stakes trials and complex litigation depositions.  He is married to Nancy Varallo, owner of The Varallo Group.

Rebuilding Our Profession – Together

The Business of Customer Service

The Business of Court Reporting

Realtime Tips and Tricks to Make your Workday Easier

Creating the Demand for Draft Transcripts

How to Pass a Test

Build the skills necessary for success.

Motivational seminars provide a value-added service to your reporters or office staff. Nancy and Ed Varallo are approved NCRA faculty members and have lectured at agencies and association meetings for decades.

In this motivational and upbeat presentation, Nancy Varallo, Executive Director of Project Steno and owner of The Varallo Group,  will discuss the need for all of us to work – together – to bring young people into court reporting and captioning.  Learn about our just-launched Basic Training program, Project Steno’s exciting awareness campaign, and our tuition assistance/student monitoring program.   Walk away with a new can-do spirit.  Yes, WE can do this!

Maybe Scarlett O’Hara had a point when she said, “Oh, I just can’t think about that today. I’ll just go crazy if I do. I’ll think about it tomorrow. After all, tomorrow is another day.” But don’t bet on it.  There’s always change afoot in our marketplace and we need to keep pace today!  How better to stay abreast of market trends than mingling with our profession’s leaders.  Nancy Varallo, Executive Director of Project Steno and owner of The Varallo Group, will discuss with us the changes and trends impacting today’s court reporting professionals.

Nancy Varallo, owner of The Varallo Group, will discuss the detailed process required to assemble and qualify the elite team of court reporters providing stenographic services at Guantanamo Bay – testing, obtaining top secret clearances, selecting technology and equipment, arranging travel and housing, and wading through seemingly endless government documentation.  The StenOps team is currently at work reporting the hearings of those accused in the USS Cole bombings and the terrorism of 9/11 that changed the world.

Businesses and individuals all make annual or “New Year” resolutions.  How did you do with last year’s goals?  Do you have great ideas to move your career or business forward but need a plan to accomplish your goals?  How will you make your ideas a reality?   Nancy Varallo, Executive Director of Project Steno and owner of The Varallo Group,  will take you through a step-by-step process to plan strategically for your personal future.  Don’t wait for tomorrow.  Be ready today.

The Business of Customer Service (1.0 hours)

When you’re down in the weeds, taking down rapid-fire Q & A, getting out transcripts, scheduling your book, it’s easy to forget we are first and foremost in the business of customer service.  Nancy Varallo, Executive Director of Project Steno and owner of The Varallo Group,  puts into a service perspective the overlapping relationships that converge in courts, in agencies, with employees and customers.  Who’s the client in your relationship(s)?  How do you satisfy everyone’s expectations?  Gain insight into doing just that.

What did you say the last time you were asked, “Why don’t they just use tape recorders?” or “Won’t you be replaced soon?”  Don’t you love those questions?  Inquiring minds will want to know, so this timely seminar will help you craft the perfect rejoinder.  Each of the speakers on our panel has had to deal with these questions – and other thorny ones as well.   “Why are there so many mistakes in those captions?”   We’ll bring the questions we’ve heard, you bring yours, and together we’ll fashion some spot-on answers.  We’ll keep it light, we’ll keep it witty (we hope).  Next time you’re asked, you’ll be able to smile and confidently reply, “I’m glad you asked!”

Project Steno has delivered successful high school programs in Texas and Massachusetts. In this session, you’ll discover how easy it is to bring a steno program to your local high school. Were you invited to a career day or to make a classroom presentation? Project Steno has all the tools you’ll need – intro letters, handouts, and a Power Point presentation – so you can say yes with confidence. Bring awareness to your high school of “The best profession you never heard of.”

This session addresses the advances in computing power and the threat it presents to stenotype reporters. From the advent of the tape recorder, stenographic reporters have constantly faced threats from different advancing technologies. IBM’s Watson is today focusing on Speech to Text. With billions of research dollars pouring in, quantum computing is the next major advance being worked on by Microsoft, Google, IBM, and others. In the face of these threats, will there still be a place for us? You’ll get the facts you need to answer this critical question.

The Business of Court Reporting (1.0 hours) This session is designed for new professionals and/or high-speed students.

Attention new professionals and students! We’ll explore what it takes to be in business for yourself. Do you have an EIN? Are you organized for bookkeeping, accounting, and taxes? Do you have insurance? Are you complying with identity fraud protection laws? Bring your questions!

Realtime Tips and Tricks to Make your Workday Easier (2.5 or 3.0 hours)

Our fast-paced court reporting world demands that we write smarter.  Ed Varallo, six-time NCRA speed contest champion, will outline his systematic approach to writing shorthand which is designed to require less physical effort, produce better realtime output, and thus reduce editing/scoping time.  Ed will share his tips and techniques that will set you on the path to unleash the Realtime Superstar inside you!  It’s easier than you might think!

To be truly realtime capable – able to turn out fast, accurate drafts and fast certified transcripts – we need to write smarter.  We have to write fast, with clean notes, for hours on end — and then turn out a fast draft transcript on demand.   No demand for realtime services in your area?  Ed Varallo, six-time NCRA speed contest champion, will share with you his tips and techniques to create the demand for rough draft transcripts.  Delivery by dinnertime, not bedtime, is what your clients need.  Learn how to provide this valuable service and increase your bottom line.

Everyone is nervous on test day.  You can’t banish nervousness.  The trick is to write well despite being nervous — and you can do that!  Let six-time National Speed Contest Champion Ed Varallo (no stranger to test day nerves!) describe for you the several simple, common-sense techniques he has discovered that allow you to be at your best on test day — no matter what!

So you’re a realtime writer, you can do same-day draft transcripts and provide attorneys a realtime feed. But it’s often a strain – you’re stressed out even though you’re willing to provide the service. Who wants to work that hard? Ed Varallo, author of Ed’s Steno Pro, will share his techniques for advanced writers, making realtime hookups and fast turnaround drafts less daunting.